A Guide devoted to the importance of African American History.

Please join the Daniel J. Kaufman Library of Georgia Gwinnett College as we celebrate African American History Month. Please note that you might encounter written, photographic, and video content that graphically depicts violence against African Americans. While this content is emotionally and intellectually challenging to interact with, it is important to meaningfully and thoughtfully interact with this content. 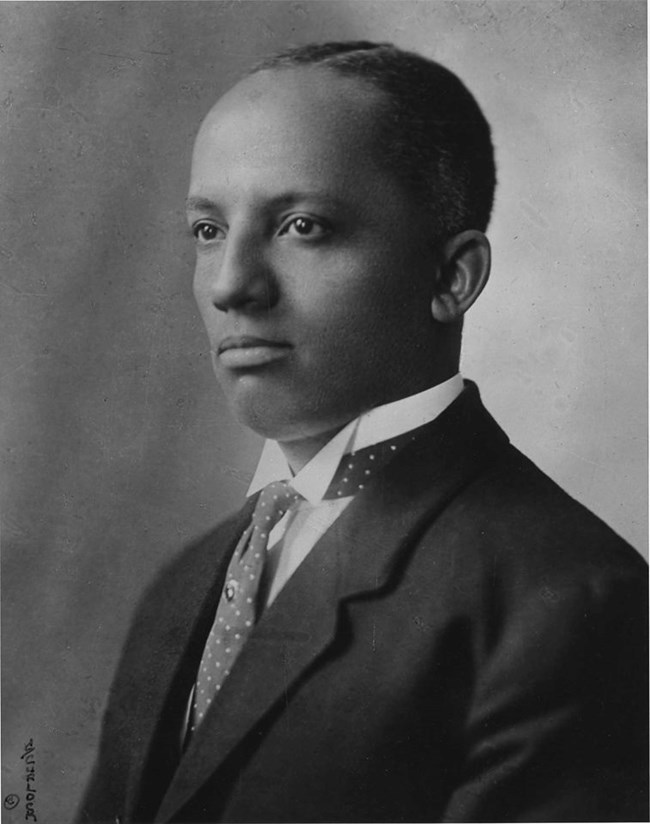 Dr. Carter G. Woodson (pictured to the right) founded the Association for the Study of Negro Life and History, now known as ASALH--or the Association for the Study of African American Life and History in 1915. Through Woodson's tireless efforts, the first celebration of what was then known as Negro History Week was undertaken in February 1926. February was not randomly selected but was chosen because to observe the birthdays of Abraham Lincoln and Frederick Douglass.

Sixty years after the initial Negro History Week in February 1986, President Ronald Regan officially designated every February moving forward as a month-long observance for the citizens of the United States to learn more about how African Americans helped shape America. We must continue to learn about the many contributions African Americans made, and not just in February of the given year.