This guide will help you locate sources of literary criticism

Guidelines for referring to the works of others in your text using MLA style is covered in chapter six of the MLA Handbook and in chapter seven of the MLA Style Manual. Both books provide extensive examples, so it's a good idea to consult them if you want to become even more familiar with MLA guidelines or if you have a particular reference question.

In MLA style, referring to the works of others in your text is done by using what is known as parenthetical citation. This method involves placing relevant source information in parentheses after a quote or a paraphrase.

MLA format follows the author-page method of in-text citation. This means that the author's last name and the page number(s) from which the quotation or paraphrase is taken must appear in the text, and a complete reference should appear on your Works Cited page. The author's name may appear either in the sentence itself or in parentheses following the quotation or paraphrase, but the page number(s) should always appear in the parentheses, not in the text of your sentence. For example:

The both citations in the examples above, (263) and (Wordsworth 263), tell readers that the information in the sentence can be located on page 263 of a work by an author named Wordsworth. If readers want more information about this source, they can turn to the Works Cited page, where, under the name of Wordsworth, they would find the following information:

For Print sources like books, magazines, scholarly journal articles, and newspapers, provide a signal word or phrase (usually the author’s last name) and a page number. If you provide the signal word/phrase in the sentence, you do not need to include it in the parenthetical citation.

These examples must correspond to an entry that begins with Burke, which will be the first thing that appears on the left-hand margin of an entry in the Works Cited:

In-text Citations for Print Sources with No Known Author

When a source has no known author, use a shortened title of the work instead of an author name. Place the title in quotation marks if it's a short work (e.g. articles) or italicize it if it's a longer work (e.g. plays, books, television shows, entire websites) and provide a page number.

We see so many global warming hotspots in North America likely because this region has “more readily accessible climatic data and more comprehensive programs to monitor and study environmental change . . . ” (“Impact of Global Warming” 6).

We'll learn how to make a Works Cited page in a bit, but right now it's important to know that parenthetical citations and Works Cited pages allow readers to know which sources you consulted in writing your essay, so that they can either verify your interpretation of the sources or use them in their own scholarly work.

Author-Page Citation for Classic and Literary Works with Multiple Editions

Page numbers are always required, but additional citation information can help literary scholars, who may have a different edition of a classic work like Marx and Engels's The Communist Manifesto. In such cases, give the page number of your edition (making sure the edition is listed in your Works Cited page, of course) followed by a semicolon, and then the appropriate abbreviations for volume (vol.), book (bk.), part (pt.), chapter (ch.), section (sec.), or paragraph (par.). For example:

Sometimes more information is necessary to identify the source from which a quotation is taken. For instance, if two or more authors have the same last name, provide both authors' first initials (or even the authors' full name if different authors share initials) in your citation. For example:

Although some medical ethicists claim that cloning will lead to designer children (R. Miller 12), others note that the advantages for medical research outweigh this consideration (A. Miller 46).

Citing a Work by Multiple Authors

For a source with three or fewer authors, list the authors' last names in the text or in the parenthetical citation:

For a source with more than three authors, use the work's bibliographic information as a guide for your citation. Provide the first author's last name followed by et al. or list all the last names.

If you cite more than one work by a particular author, include a shortened title for the particular work from which you are quoting to distinguish it from the others.

Lightenor has argued that computers are not useful tools for small children ("Too Soon" 38), though he has acknowledged elsewhere that early exposure to computer games does lead to better small motor skill development in a child's second and third year ("Hand-Eye Development" 17).

Visual studies, because it is such a new discipline, may be "too easy" (Elkins, "Visual Studies" 63).

If you cite from different volumes of a multivolume work, always include the volume number followed by a colon. Put a space after the colon, then provide the page number(s). (If you only cite from one volume, provide only the page number in parentheses.)

In your first parenthetical citation, you want to make clear which Bible you're using (and underline or italicize the title), as each version varies in its translation, followed by book (do not italicize or underline), chapter and verse. For example:

Ezekiel saw "what seemed to be four living creatures," each with faces of a man, a lion, an ox, and an eagle (New Jerusalem Bible, Ezek. 1.5-10).

If future references employ the same edition of the Bible you’re using, list only the book, chapter, and verse in the parenthetical citation.

Sometimes you may have to use an indirect source. An indirect source is a source cited in another source. For such indirect quotations, use "qtd. in" to indicate the source you actually consulted. For example:

Ravitch argues that high schools are pressured to act as "social service centers, and they don't do that well" (qtd. in Weisman 259).

Note that, in most cases, a responsible researcher will attempt to find the original source, rather than citing an indirect source.

Citing Non-Print or Sources from the Internet

With more and more scholarly work being posted on the Internet, you may have to cite research you have completed in virtual environments. While many sources on the Internet should not be used for scholarly work (reference the OWL's Evaluating Sources of Information resource), some Web sources are perfectly acceptable for research. When creating in-text citations for electronic, film, or Internet sources, remember that your citation must reference the source in your Works Cited.

Werner Herzog's Fitzcarraldo stars Herzog's long-time film partner, Klaus Kinski. During the shooting of Fitzcarraldo, Herzog and Kinski were often at odds, but their explosive relationship fostered a memorable and influential film.
.During the presentation, Jane Yates stated that invention and pre-writing are areas of rhetoric that need more attention.

In the two examples above “Herzog” from the first entry and “Yates” from the second lead the reader to the first item each citation’s respective entry on the Works Cited page:

One online film critic stated that Fitzcarraldo is "...a beautiful and terrifying critique of obsession and colonialism" (Garcia, “Herzog: a Life”).
The Purdue OWL is accessed by millions of users every year. Its “MLA Formatting and Style Guide” is one of the most popular resources (Stolley et al.).

In the first example, the writer has chosen not to include the author name in-text; however, two entries from the same author appear in the Works Cited. Thus, the writer includes both the author’s last name and the article title in the parenthetical citation in order to lead the reader to the appropriate entry on the Works Cited page (see below). In the second example, “Stolley et al.” in the parenthetical citation gives the reader an author name followed by the abbreviation “et al.,” meaning, “and others,” for the article “MLA Formatting and Style Guide.” Both corresponding Works Cited entries are as follows:

To cite multiple sources in the same parenthetical reference, separate the citations by a semi-colon:

When a Citation Is Not Needed

Common sense and ethics should determine your need for documenting sources. You do not need to give sources for familiar proverbs, well-known quotations or common knowledge. Remember, this is a rhetorical choice, based on audience. If you're writing for an expert audience of a scholarly journal, for example, they'll have different expectations of what constitutes common knowledge. 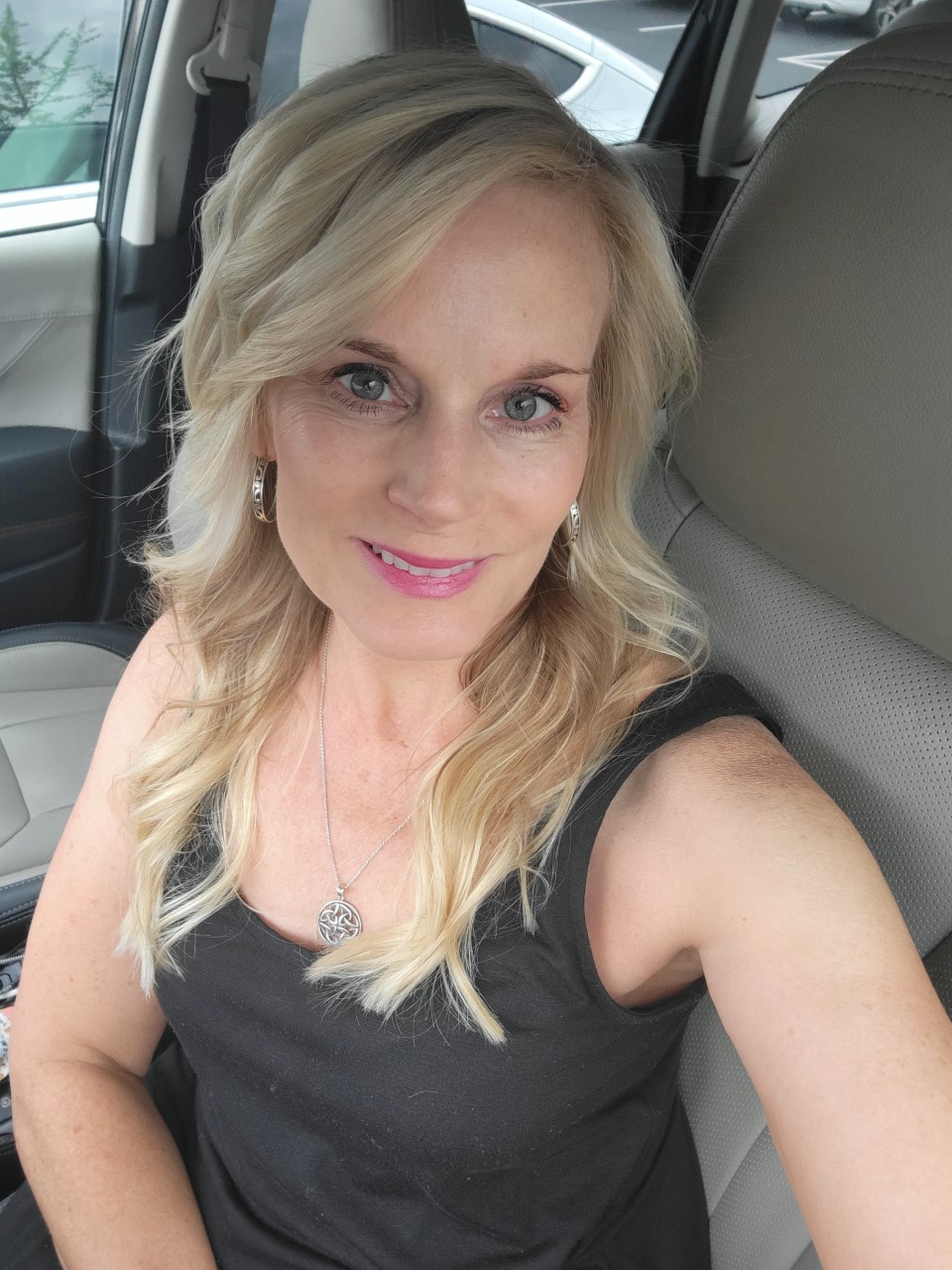